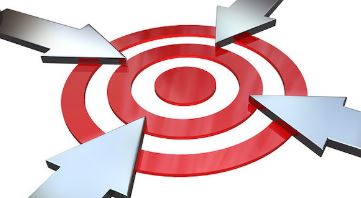 “Governments can’t conjure up entrepreneurs. But they can set the conditions under which entrepreneurs flourish,” says Australia’s chief economist Mark Cully.

Between 2006 and 2011, startups (firms two years old or younger) added 1.4 million jobs to the Australian economy, whereas all other firms shed more than 400,000, according to the report. Entrepreneurs are at the heart of our employment growth and yet to date much of our focus has been on the need to grow the economy through innovation, typically within larger firms.

The 1990s concept of National Systems of Innovation has been that knowledge is a fundamental resource in the economy; produced through an interactive process of innovation that is embedded in a national context. Processes, knowledge transfer and research and development shifted to the institutional and industrial structure within which those processes were embedded.

Innovation systems have been largely unable to accommodate the individual-centric perspective of the entrepreneur. As a result, many dynamic and leading economies, such as the USA, UK, Germany, Denmark, Sweden and even China have introduced and developed national systems of entrepreneurship. This kind of system links entrepreneurial attitudes, ability, and aspirations by individuals, with the allocation of resources through the creation and operation of new ventures.

Australia lacks an entrepreneurship system, but adopting a systematic approach is important because it because it helps policy-makers think in systematic terms. It also encourages them to take a broad perspective when considering both individual – and country-level indicators of entrepreneurial action.

The closest the Federal Government has come to such a system is the Entrepreneurs’ Programme; a flagship initiative for business competitiveness and productivity at the firm level. The program purports to support businesses by accelerating commercialisation, business management and research connections. In reality, and subject to its eligibility rules and regulations, the program actually does not support entrepreneurs, but rather small-to-medium sized businesses. There is a distinct lack of appropriate support to startup businesses.

The chief economist says the presence of research organisations in a region further enhances its capacity for innovative entrepreneurship. The report also points out economy-impacting entrepreneurship activity has been innovation and knowledge-driven.

Despite significant activity and growth in entrepreneurship education in Australia, the research identified opportunities for improvement. To maintain the momentum, and to move towards international best-practice benchmarks, a collaborative and prominent Australian higher education entrepreneurship research group has embarked on developing threshold-learning outcomes in Australia.