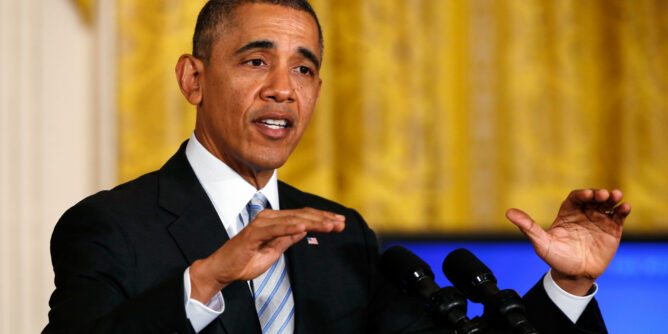 When the Affordable Care Act was passed, there was a lot of talk about how the law could spur entrepreneurship across the country.

Specifically, the ACA meant potential entrepreneurs would have one less thing to worry about: access to health insurance. “One of the biggest impediments to starting your own business was worrying about not being able to get coverage … or exorbitant rates. That impediment is now just completely eliminated” under the ACA, says David Chase, the California director of the advocacy group Small Business Majority, adding, “That really opens the door.”

And now that the ACA’s second open enrollment period is underway, experts say the future is looking good for current and future entrepreneurs. For instance, anecdotal evidence out of California strongly suggests that the ACA has helped create a friendly environment for consumers wanting to branch off from the traditional workforce and start their own business. However, hard data on how many small business owners and entrepreneurs have signed up for coverage through the law’s insurance exchanges have not been made available yet.

The ACA’s Promise for Entrepreneurs

Earlier this year, Dane Stangler — vice president of research and policy at the Kauffman Foundation — predicted that 25,000 new businesses would be created annually because of how the law expands access to health insurance.

Meanwhile, a report last year by the Urban Institute and Robert Wood Johnson Foundation predicted that the ACA would increase the number of self-employed U.S. residents by 1.5 million.

But at the same time, the law also means that entrepreneurs face new health insurance requirements. For instance, the law requires self-employed residents to purchase health insurance for themselves or face a fee. According to the magazine Entrepreneur, self-insured individuals have to decide between purchasing health coverage for themselves, facing a fee for lacking such coverage, or hiring workers, which would qualify them to purchase coverage through the ACA’s Small Business Health Options Program.

Do the benefits of health insurance outweigh any additional taxes or requirements that entrepreneurs and small businesses might face under the law?

Other observers tend to agree. William Craig, an entrepreneur and president of WebpageFX, wrote in Forbes that “the Affordable Care Act might have the biggest impact on small business creation of any recent federal legislation.”

How the ACA Could Affect Employment

Many experts have noted that the ACA counteracts “job lock,” which keeps employees from leaving their current jobs because they are afraid of losing their benefits, including health insurance.

Craig wrote, “For talented professionals experiencing ‘job lock’ … the ACA can be a net-positive.”

John Brown, a research professor at Clark University’s Mosakowski Institute for Public Enterprise, said that workers ages 50 to 59 “have the highest incentives of anyone to be released from the job-lock problem.” Brown said such workers could use insurance available through the ACA as “a bridge between company-provided health insurance and Medicare.”

However, columnist Jonah Goldberg has argued in the National Review that “the law also raises the implicit marginal tax on people looking for work; the more you earn, the fewer subsides you get. Thus, for many people, the costs of taking on more or better work will exceed the gains.”

Early Indications of the Law’s Impact

In California, Small Business Majority has asked the state health insurance exchange to release data on the number of enrollees who designated themselves as self-employed, but those numbers have not yet been made available.

In the absence of hard data, there is anecdotal evidence that the health reform law has helped entrepreneurs and even spurred more people to leave the traditional workforce to start their own business, Chase said.

“We know before the ACA was passed about 30% of the self-employed were uninsured — 30% is more than double the percentage of the population as a whole” that was uninsured, he noted.

Once official data are released on how many exchange enrollees are self-employed, it will be more apparent whether the ACA has lived up to its promise of spurring entrepreneurship. However, it is unclear when the exchanges will release that data. In the meantime, “Road to Reform” will keep an eye on this issue. Stay tuned.

Illinois is out of time. Last week, the Illinois Legislature failed to vote on a bill before ending its session for the year that would have created a state-based health insurance exchange.

The article was published at Is Obamacare a Boon or Bust for Entrepreneurship?