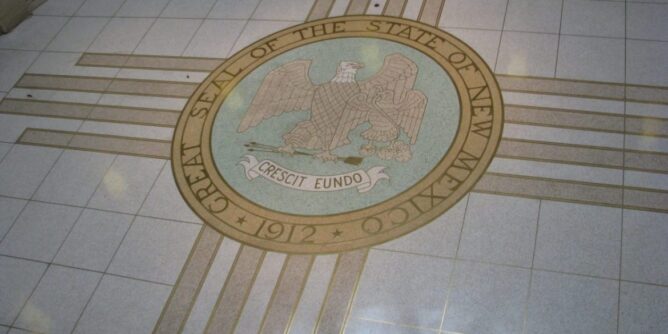 About 500 Native American women representing more than 50 tribes nationally have started their own businesses, say Indigenous women advocates. A bill to try to gather that kind of data locally passed the House State Government, Elections and Indian Affairs Committee Monday.

HB 262 sailed through committee with a unanimous vote of 7-0. Rep. Damon Ely, of Corrales, and Rep. Derrick Lente, of Sandia Pueblo, both Democrats, were absent. Rep. D. Wonda Johnson, of Rehoboth, and Rep. Georgene Lewis, of Albuquerque, also Democrats, sponsored the bill.

The bill appropriates $200,000 from the general fund to the Indian Affairs Department to create the first Native American Women’s Business Institute in New Mexico. The initial goal behind the institute would be to gather data on how many Native American women are starting their own businesses in the state.

Jaime Gloshay, of the Navajo Nation and co-founder of Native Women Lead, a coalition group supporting Indigenous women’s entrepreneurship, said Indigenous women have a median income of $30,000 a year and are often their families’ breadwinners.

“We need to support Native American women with policy and real, on-the-ground solutions and recognize them as the economic drivers they already are,” she told NM Political Report.

Lewis said during the committee that last year the Legislature appropriated $150,000 to the Indian Affairs Department from the general fund to support Native American women’s entrepreneur development.

“Entrepreneurship is one pathway out of poverty,” Ortega said.