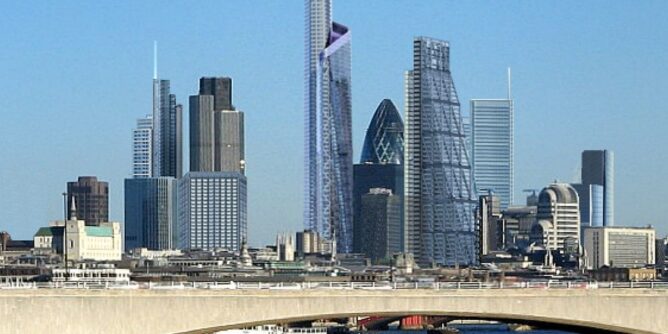 Silicon Valley has become a synonym for innovation and, with its ecosystem of super-moneyed venture capitalists, it is world renowned as a hub for new products and software. Europe meanwhile has struggled to produce the likes of Facebook, Amazon or PayPal, or to garner the levels of investment for its startups. But could that be about to change?

Silicon Valley investors are beginning to show an increasing appetite to invest across the Atlantic, most recently seen in the US$58m investment that US venture capital group Andreessen Horowitz recently made in the British money transfer platform TransferWise. In fact 2014 saw investments involving US groups estimated to be about US$3.5 billion compared to US$808m in 2010.

Start-ups tend to succeed as part of a community or innovation ecosystem. Our research into these ecosystems found that the critical success factor for innovation and start-up cultures is the importance of a university city region. These are places where there is a concentration of intellectual capital and high levels of funders that are happy to take risks.

The other key ingredients are knowledge and financial capital, a willingness to take risks (and fail), and the drive to succeed. A comparison of the US and European start-up scene on these fronts shows why the US is still out in front when it comes to attracting investment and delivering new innovation.

European universities are coming second to their US counterparts in the creation of intellectual capital. A simple indicator is the international Higher Education league table with only three of the top ten universities located in Europe (and all of these are in the UK).

Not surprisingly, given their proximity to Silicon Valley, the California Institute of Technology, Berkeley and Stanford are at the top of this list. With Silicon Valley on their doorstep all three institutions have successful business founders and entrepreneurs working in university posts, sharing their knowledge, identifying the most talented students and looking for the next big innovations. This culture of giving back is not commonly found in European universities.

By contrast, the European universities in the top ten all fall within the much more widely dispersed “Golden Triangle” of top UK universities, concentrated around Oxford, Cambridge and London. This region sees significant research investment and innovation as a result.

The close relationship between the US higher education system and its high tech centres provides a direct supply chain of knowledge capital. However, innovation also requires the steady supply of financial capital. Recent figures provide some reassurance that the UK is becoming a nation of angel investors that are younger and female. The internal boundaries of the European Union appear to be no barrier to innovation with investors who are happy to invest across it and travel if and when needed.

These positives are no consolation for the largest startup investment infrastructure being based in the US. Angel List, a web-based platform for managing start-ups, alone was able to raise more than US$100m in one year in 2014. This disparity between the US and Europe in their ability to raise capital is evident at many levels.

Silicon Valley is built on a gold rush mentality. Make mistakes and then learn and build on them quickly.

In contrast, in European cultures failure is perceived as a negative and a situation that is to be minimised and avoided at all costs. National social security systems, regulations and long procedures when it comes to establishing new business ventures are just some of the legacies of this culture that burden European innovation.

The recent Edelman Trust Barometer Survey of 27,000 respondents adds further insight into the European mindset. It found that expectations of honesty and fair play are expected requirements for building trust between entrepreneurs, start-ups and investors. A lack of trust between those with ideas and those with money hinders innovation and the development of enterprising economies.

Thus the European start-up scene suffers from playing it too safe. The result can be seen in a recent European Commission ranking of innovation, which places the US at the top of the list and outperforming Europe by 17%.

4. Necessity is the mother of invention

When it comes to having motivation to create a start-up, not having work or low employment opportunities can sometimes be a good thing. Necessity is the mother of invention and if an individual has no other option and has nothing to lose they are more likely to ignore a lack of knowledge or financial capital and take risks. Europe has now faced the largest economic crisis since World War II, with many pushed into self employment.

Unemployment in the European market means more individuals are looking for work and some of these are considering the option of setting up their own business. To create a start-up culture there is a need for a critical mass of individuals working with one another, bouncing around ideas and prepared to fail – and learn – together.

Based on these criteria it does seem that an entrepreneur interested in making it big has more chance of success in Silicon Valley. However, there is some hope for European entrepreneurs if they set themselves up near The Silicon Roundabout (or Tech City) in London where investment is growing. Germany too has a budding start-up scene, which is competing with the UK capital to attract international talent – and investment.

Of course, positioning the US and European start-up scenes as competitors is missing the biggest opportunity. The benefits of both locations are best combined through collaboration.

Europe is, and is predicted to remain, in an economic position where there is market receptiveness to innovation. The US meanwhile is better able to bridge the gap from idea to realisation. This is a powerful combination to fuel the next wave of technological innovation and start-ups, including wearables, implantables and EEG controlled devices.