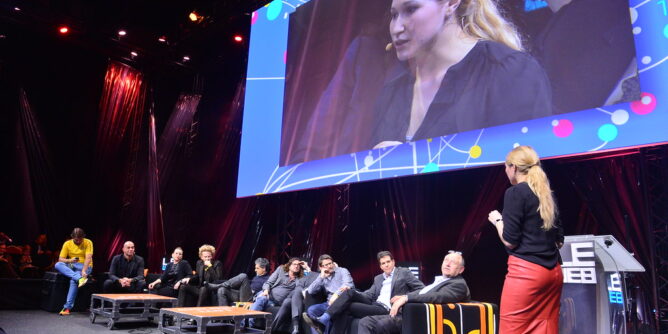 Paris is the economic hub of France, generating nearly a third of the country’s GDP, and the city has served as the birthplace of dozens of hot start-ups. Despite its attractiveness, however, the city lags in one key measure:
According to the “Global Start-up Ecosystem Report 2017” only 11% of start-ups in Paris have founders from outside the country, compared to 46% in Silicon Valley, 42% in London or 43% in Berlin.

Cities and regions in Europe are competing for new businesses and are trying to create a fertile entrepreneurial ecosystem, yet we know little about why entrepreneurs decide to launch their venture in a particular place – that influence founders’ choices. With these questions in mind, we started a small survey as part of a master’s thesis. We were specifically interested in the opinion of entrepreneurs who founded ventures outside France. Twenty-five entrepreneurs answered the survey: seven were from Italy, seven from France, two from the USA, two from India, and one each from Austria, China, Denmark, Germany, Greece, India, Spain and Portugal. Fourteen respondents were first-time entrepreneurs while eleven were serial entrepreneurs, having already started two ventures or more. Thirteen of those founded their venture in the UK, eight in the US and two in Germany.

“In the U.S., everything is facilitated when you open a new business: company registration, network, investors and potential buyers are easier to get compared to the European scene.”Looking closer at the data, serial entrepreneurs and first-time entrepreneurs had a significantly different approach to the question of where to start. In general, serial entrepreneurs emphasised factors such as funding, performance, and start-up experience. Experienced entrepreneurs were more aware of the venture-capital environment and performance-orientation, and therefore opted for better-funded start-up ecosystems such as London, Silicon Valley or New York. A French cofounder of a start-up focusing on renewable energy, based in the US and operating in Kenya, stated that the decision of registering the company in the US was mainly based on monetary aspects (funding, exit opportunities) and start-up experience:

First-time entrepreneurs were sensible to more personal factors. Many choose a city because of personal connections (friends, network), and recent graduates were more sensitive to housing and living costs in choosing a city. Five out of 24 mentioned this factor as one of the two principal reasons why they didn’t choose Paris for opening their new business.

Why Paris can lose out

When entrepreneurs were asked to choose the two main reasons that prevented them from choosing Paris, “poor start-up experience” and “low perceived internationality (spread of English language)” were mentioned the most. A French co-founder of an e-commerce venture started at the Paris campus of ESCP Business School declared:

“We founded our start-up in the last semester of our master in Paris. In the team we are two French people [cf: a designer and a developer] taking care of the technical part and a German guy taking part of the commercial side of the business […] We moved to Berlin because it was very difficult for our business guy to talk to investors, clients and commercial partners.”

With only 25 respondents, this is a rather small sample. But the responses were consistent, and were confirmed in random follow-up interviews. Our findings could thus serve as the basis for a larger, more systematic study. In particular, the differentiation between first-time and serial entrepreneurs is an interesting avenue for future research.

This article was originally published on Why are only 11% of business founders in Paris from outside France?