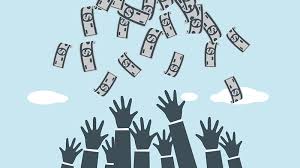 City and county governments often compete with one another to attract businesses and thus improve the economic situation of their local residents. Most often this process of attracting business takes the form of a tax-based incentive, including abatement of taxes, tax credits or tax increment financing (TIF) for business or infrastructure enterprises.

A 2011 paper for the National Bureau of Economic Research, “Who Offers Tax-Based Business Development Incentives?” used the existing body of evidence from the International City/County Management Association and the World Tax Database in order to track patterns of tax-based business incentives offers extended by counties and cities in the United States. The paper’s authors are affiliated with the Federal Reserve Bank of Kansas City and the University of Michigan.

“American cities and counties frequently offer business development incentives; variations in this practice suggest some of their motives in doing so,” the authors write in the conclusion. “Communities with low incomes, those located close to state borders, and those in states with more troubled political cultures … are most likely to offer business development incentives when they stand to benefit from the resulting business activity and the economic environment.”

This article was originally published on Who offers tax-based business development incentives?