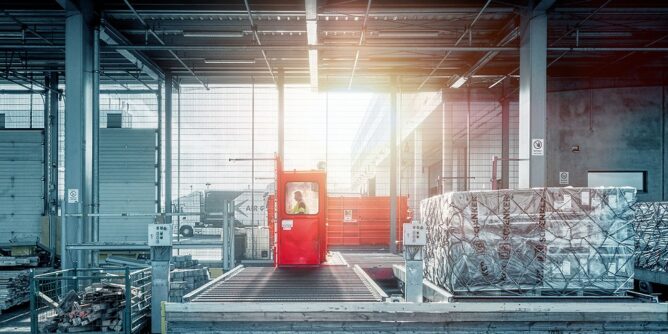 As Americans begin to practice social distancing in response to the coronavirus pandemic — staying home, teleworking in some cases — small businesses are already starting to feel the pinch.

I reached out to Karen Mills to find out what small businesses of all stripes are facing as Americans cut back on going out to eat and patronizing their Main Street shops. Mills led the U.S. Small Business Administration from 2009 to 2013 and now works as a senior fellow at Harvard Business School, where she analyzes small business well-being. The SBA defines “small businesses” as those having fewer than 500 employees — though for most small businesses, the owner is the only employee.

Here are 5 takeaways from our conversation:

The following Q&A has been lightly edited for clarity.

Clark Merrefield: What’s the lay of the land at this moment? What are America’s small businesses worried about when it comes to how the coronavirus pandemic could hurt their bottom lines?

Karen Mills: I just got off the phone with a congresswoman, so this is really on the minds of folks.

There are two main areas that people need to think about. The first is, how important is the impact on small businesses, and how is that impact actually going to come into effect? I’ll start with that.

The second is, what do you do about it from a policy perspective? What should be in the congressional package [House Speaker] Nancy Pelosi is putting before us? What did [President Donald Trump] mean by $50 billion in [Small Business Administration] economic injury loans? And what are the things we should double down on to stem the economic disaster for small businesses, and the nation, that is coming with the effects of the virus?

One other piece of background: There are 30 million small businesses in America. Twenty-four million of them have no employees; they are sole proprietorships. It is that person and their business. This is growing because of the gig economy. So you wonder what is going to happen to all the Uber drivers and independent operators, and of course they are very much at risk.

The second big area is Main Street small businesses, and there are 4 million of them. I would anticipate they would be one of the central areas of focus for economic policy aid and recovery. These are restaurants and dry cleaners and car repair shops, places that are going to feel the impact of social distancing, when people quite appropriately stay home and don’t go out for dinner.

Small businesses should anticipate and will suffer a severe cash crunch as their revenue disappears now, today. This is occurring. It is not showing up in small business confidence numbers because none of that has been collected. But: This. Is. Occurring. Now. In a large and devastating manner, even more so than the [economic] crisis of 2008, which was devastating for different reasons for small businesses. Businesses have on average 27 days of cash flow. So one can anticipate that many of them will run out of cash. And most of the policy pieces that I am going to describe would be directed towards making sure those businesses get access to cash reserves. Because when you run out of cash, as a small business you’re dead. And at the very least they will start not being able to pay their people, which will be devastating for people who rely on that for their income. So this is a matter of huge urgency.

CM: What are the policy levers the federal government is and should be pulling?

At the SBA we were able to do something that had a positive impact. We raised our loan guarantee rate to 90% and we got a thousand banks back to lending in 6 months. But we are facing a different problem today. We may face a problem with banks and liquidity, but right now it’s about cash flow and consumer demand. The solutions I suggest are to address those problems.

This is severe. One of the reasons the recovery [after the 2008 crisis] was so slow was so many small businesses shuttered. It was very difficult for them to get their confidence back up and rehire. And it took many, many years. That is why it was slow, but also stable and long-lasting. But we want to make sure fewer fail in this crisis.

So what do we do? Let me suggest a couple of things. The first and most powerful is SBA economic injury loans. The SBA administrator can declare disasters. I had 2,000 staff ready to deploy to Hurricane Sandy, tornadoes, but there are occasions where we have deployed another kind of loan, called economic injury. The most memorable was during the BP oil spill. Shrimp boats couldn’t go out and fish because the Gulf [of Mexico] was full of oil, but there was nothing wrong with their boats, they hadn’t been smashed like they had in Katrina. The economic injury loans said, “If you can show your cash flow is affected more than X percent, that you are going to suffer from this disaster not of your making, then we will give a 30-year, very low interest, basically cash flow loan to make it through this period of time so you can operate again.” Those loans are perfect for today’s environment.

I’ve been telling the Small Business Committee and Congress people and various folks about this. I was very pleased to see President Trump announce in his speech that he was going to do $50 billion of these kinds of SBA economic injury loans. Now, many things were not clear in that speech, including whether how he is funding this, and how to make this a part of the package. I’ve just been on the phone with several folks from Congress to make sure this actually gets implemented. $50 billion is a very big number. It [ultimately] doesn’t cost $50 billion to do these loans because some significant portion of them are repaid. It’s actually a very efficient way to deliver a lot of aid very quickly.

There are a whole series of other things that have been discussed that could be effective. Having small businesses not pay their taxes due this month and the next six months. Or, having them get some tax credits if they’ve got economic injury. Anything that keeps the cash in the business today so they can keep paying their people. Maybe tax credits for keeping people on the payroll, or giving extra paid sick leave, that achieve the goal of making sure people who are employed have protection and a safety net during this period.

One last recommendation, specifically for the supply chain businesses: In the recession we did something kind of unprecedented, but it was copied by the United Kingdom and several other countries. We called it QuickPay and we had government pay small business contractors more quickly. So instead of paying in 30 days we got every federal government agency to pay their contractors in 15 days.

Some years later two economists [Jean-Noel Barrot and Ramana Nanda] got all the data and did a paper on it. Economists love these natural experiments. They document that those businesses who got the QuickPay benefit were more likely to succeed, to add employees and to have better revenues. And to pay their suppliers in a more timely way.

I remember the discussion with the White House press corps, they said, “What does getting the same amount earlier do?” Anyone who understands small business cash flow laughs. It’s like getting a free loan of 15 days of cash. What I would do today is I would roll up the truck to every agency and have them pay their small business contractors today. And just put that money right in the hands of the business.

CM: The Federal Reserve announced March 12 it would make $1.5 trillion in very short-term loans available to financial institutions. Does that action do anything for small businesses?

KM: It provides more liquidity for the general economy. Everyone benefits, but the short answer is no, not enough. My feeling is, no, that does not address this problem with the directness, with the sense of urgency that it must be addressed, if we are to avoid the devastating impact that is likely to be coming.

CM: You described the $50 billion in economic injury loans as being “a very big number.” Is it enough?

KM: Will there need to be more than $50 billion? Who will die from the coronavirus? We don’t know. But it is certainly a large number. I am appreciative of the scale represented by that number. I believe having a very large number like that — and by the way, remember, I don’t know what the calculation will be. Some business will get that money and still fail, but a general loss rate at the SBA is under 5%. It would probably save many, many, many jobs quickly. If business shuts down in the U.S., all the businesses are affected, even if there’s no virus in the area.

CM: You’ve spoken with the press many times over the years. Put the shoe on the other foot for a second. If you were a journalist, what questions would you be asking right now when it comes to how the coronavirus is hurting small businesses?

KM: Elissa Slotkin, a [U.S. Democratic] congresswoman from Michigan, told me her phone is ringing off the hook with small businesses who are in trouble. That’s an indicator.

We don’t have a very good dataset around small business health and well-being, and I think that is basically a crime and a shame. But there are some datasets that show small business confidence.

I think I would ask the question, each time things like the Fed [short-term loans] come out, “How is this going to affect half of America’s jobs? Can we make an argument that this is stimulating activity?” This was quite a bit of the conversation we had had during the [Troubled Asset Relief Program] where we did all the construction we wanted to make sure the construction trade people kept working. So continuing to ask the question, “How do these dollars get into the hands of folks on the ground in order to provide them liquidity?”

I would watch for things around cash and cash flow because that is going to be the problem, that their spigot is turned off. We want them to continue to push money out the door to employees, to keep employees on the books, even if they’re not coming to work, so that they don’t suffer these hardships

I will end the conversation where I began. We are talking about half the jobs. If you are a macroeconomist and trying to influence policy, you are not attending to the most critical piece of the economy. And it will have devastating effects.

This article was originally published on Q and A with Karen Mills: Former SBA head says the coronavirus pandemic is situation critical for U.S. small businesses