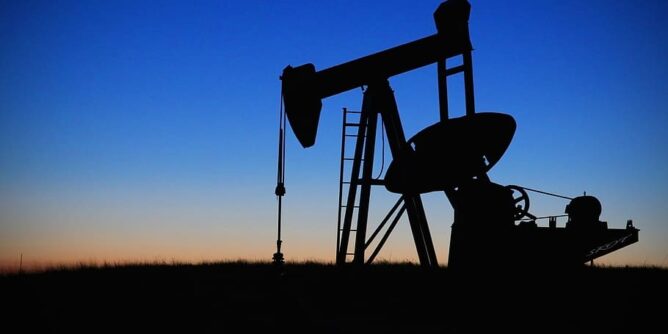 It’s hard to believe that the price of any commodity, let alone oil, can dip into negative territory. But that’s just what’s happened to oil prices.

COVID-19 has prompted lockdowns, shuttered factories and stopped people from travelling. The global economy is contracting.

The pandemic has also reduced global demand for oil by about 29 million barrels a day from about 100 million a year ago. OPEC and other producers agreed to cut production by 9.7 million barrels a day, far less than the decrease in demand, leaving a huge surplus of oil on the market and no buyers.

Storage capacity on land has filled up quickly. Many oil-importing countries have stored large quantities of oil, taking advantage of cheap prices that may not last.

Some oil producers, hoping to maintain their market share, have taken to storing their excess oil at sea, leasing tankers at high costs. Some are believed to be paying in excess of US$100,000 per day for each tanker.

Oil prices will come back up

So how have Alberta oil prices and even future prices for West Texas Intermediate (WTI) slipped into negative territory?

It starts with the futures’ contracts for WTI — oil to be delivered in a few months at today’s price. It lost US$6 a barrel on Monday, fetching US$11.66, but ended the day at -US$37 as holders of future contracts tried to dump their contracts before oil is actually delivered with nowhere to store it.

But Alberta oil, primarily derived from oilsands (referred to as Western Select), typically sells at US$10 to US$15 below the price of WTI, because it has to be extracted from deep rocky terrain. That makes it harder to refine, and it also has to be transported thousands of kilometres to American refineries.

And so Alberta oil prices have become negative in the sense that the benchmark price is now lower than the cost of production, transport and storage.

This state of affairs cannot be expected to last for long. Producers, in the short term, may accept prices below their variable cost as long as they are able to pay some of the costs they will incur even if oil production shuts down.

As time passes, more and more rigs will stop operating (technically, a few will be kept operational in order to avoid being compromised) and a new balance between supply and demand will be established at prices that exceed total average cost. But this doesn’t bode well for either Alberta or the United States.

Alberta oil is now the collateral damage of the oil war between Russia and Saudi Arabia, with COVID-19 launching an additional attack. Either of these two factors could have disrupted Alberta’s oil production. But the Saudi-Russia hostilities combined with the global pandemic have proven to be catastrophic for Canada, and could have a similar outcome for the U.S. energy industry.

Saudi Arabia, which remains the lowest-cost oil producer in the world, can make money when the price per barrel exceeds US$20, and Russia can at a price of US$40.

But making a profit when prices are higher than cost is not sufficient. Saudi Arabia needs an US$80-per-barrel price to balance its budget, realize its plans to diversify its economy and sustain a heavily subsidized economy. In the balance is the stability of both the Russian and Saudi Arabian political systems and current regimes.

The longer the COVID-19 pandemic lasts, the greater the damage oil producers will endure. It’s hard to tell now how high oil prices will rise once the pandemic subsides. They will likely go higher as marginal producers are eliminated, but not for long. Using oil and other fossil fuels is no longer consistent with avoiding the expected disasters of climate change. Oil is increasingly becoming a stranded asset.

The Article was originally published on Oil crash explained: How are negative oil prices even possible?