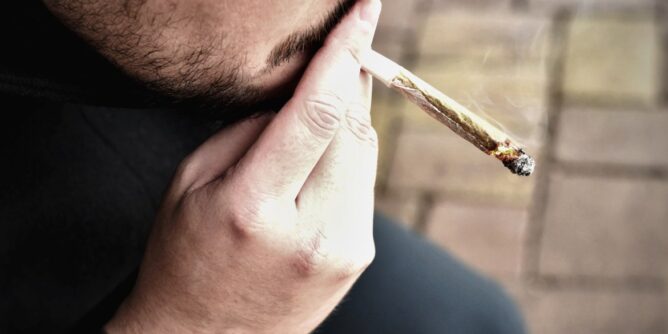 For some cannabis users, this month is significant. For decades, the number 420 has been aligned with cannabis use. Even before medical cannabis was legalized in New Mexico, April 20 served as an unofficial day for cannabis users to celebrate. This year however, the whole month is 4/20.

But because of the COVID-19 pandemic, a medical cannabis industry group in New Mexico is urging patients and producers to cancel events related to the once-in-a-century occasion.

The New Mexico Cannabis Chamber of Commerce, which represents 15 medical cannabis producers and manufacturers, is now urging patients to forgo any public 420 celebrations and urging dispensaries to postpone any promotions until later this year. The group is also urging all dispensaries to continue to serve patients through alternative ways.

Ben Lewinger, the director of the Cannabis Chamber of Commerce, said all of the group’s members, which also includes cannabis-adjacent businesses, agreed that keeping people home as much as possible is best.

“All members have agreed to postpone all 420 promotions and sales, which is clearly the biggest day of the year,” Lewinger said. “What happens is people save up for 420 and dispensaries, in the past, have had huge promotions and events and people tend to congregate. Waiting rooms, dispensaries, store fronts, crowd up and there tends to be crowded parking lots or nearby parks and we’re trying to curb that to the greatest extent possible.”

Lewinger said the chamber plans to host an online event so patients can connect with each other remotely. They also plan to recommend free online tools that would allow patients to host their own virtual 420 parties.

Chamber members also all committed to doing whatever they can during the pandemic to slow the spread of COVID-19, like taking orders over the phone or online and helping patients through curbside pick-up, Lewinger said.

“The commitment and part of our policy is that we’ll endeavour to take every precaution to limit patient gatherings in dispensaries,” he said.

Dr. Dominick Zurlo, the director of the state’s Medical Cannabis Program, said he keeps in regular contact with the Cannabis Chamber of Commerce and is confident its members’ respective plans for serving patients throughout the COVID-19 pandemic will follow the Department of Health’s orders.

Last month, Zurlo sent a letter to medical cannabis patients, producers and other stakeholders with guidance on how to continue to serve patients while also staying safe. He told NM Political Report that instead of issuing a blanket mandate for how dispensaries operate during the pandemic, he reminded everyone in the community to follow orders from the public health emergency already in place by his boss, Secretary of Health Kathyleen Kunkel.

“People overall are generally trying to follow the guidance as best as possible,” Zurlo said.”Which is the physical distancing and disinfecting routines on a regular basis, within their location.”

He said he has received calls from patients who were concerned about dispensaries using full personal protective equipment, or PPE, while medical providers around the state and country are reporting shortages. One of the DOH’s recent orders requires medical equipment providers to get special approval before selling PPE to customers. But Zurlo said it is “completely appropriate” for producers to offer protective wear to dispensary employees who come into constant contact with patients.

“The thing to remember is some of it also has to do with those particular individuals, as far as staff members, who may feel much more comfortable in being able to do their job and serve patients if they feel like they’re getting that additional protection as well,” Zurlo said. “We’re not going to stop someone from doing that.”

Zurlo said makeshift policies aimed at slowing the spread of COVID-19 have not created a shortage of cannabis, statewide. But a prominent producer who has previously warned of plant shortages disagrees with Zurlo’s assessment.

Duke Rodriguez, president and CEO of medical cannabis producer Ultra Health, is a longtime proponent of increased or eliminated plant limits for cannabis producers. Ultra Health has almost two dozen dispensaries around the state, something that Rodriguez said gives his company a unique perspective.

“I would like to believe we are a bellwether indicator of what has happened in New Mexico recently,” Rodriguez said.

Rodriguez said Ultra Health saw an almost 50 percent increase in transactions compared to last year, but warned it was not because of panic buying in response to COVID-19 or “just a one time phenomenon.” Instead, Rodriguez said, the state is facing a future supply problem because of an increase in the number of qualified patients and a static plant limit.

“When this crisis comes, and it will definitely come, any shortages will squarely fall at the feet of the NMDOH, because there will have been a shortage of the number of plants in production,” he said. “It’s really that simple.”

Last year Rodriguez successfully petitioned a state district judge to order the DOH to evaluate the previous 450 limit. The result of that litigation was a temporary increase of more than 400 percent, until the DOH finalized the current limit of 1750 plants per production license.

But Zurlo said reports from producers have consistently shown tens of thousands of pounds of collectively unsold cannabis and cannabis derivatives. Rodriguez contends that the self-reported numbers are erroneous.

But Zurlo said by his math, if every one of the state’s 82,000 cannabis patients simultaneously bought the maximum allowed amount, the state would only be short by roughly 40,000 pounds of cannabis. Zurlo said as of last week producers showed a collective 36,000 pounds of unsold cannabis.

“The way we look at it, we have more than an adequate supply,” Zurlo said.

But, he said, patients may have a hard time finding a specific strain or brand of edible product.

“You are going to potentially have some of those where individual products may run out, however the overall supply of the cannabis that’s available and the products that are available there is plenty of supply,” Zurlo said.

Lewinger said some of the members of his group have seen a moderate increase in demand, but that he is not immediately concerned about shortages.

“I will say that since COVID-19 has happened, many of our members have two, two and a half, three times the amount of normal sales for this period in previous years,” Lewinger said. “There doesn’t seem to be a supply problem yet, there are definitely some items, particularly flower. that patients seem to be buying more of.”

But Lewinger said the chamber would “probably be interested in entertaining the discussion” about a temporary plant limit increase during the COVID-19 pandemic to ensure a steady supply.

“Eventually there will be concern with supply,” he said. “I don’t think we’re there yet.”