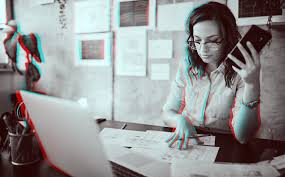 One of the last things state and local officials want to hear around election time is “It’s the economy, stupid.” To avoid that dread fate, officeholders generally strive to do pretty much anything they can to keep jobs in their districts. At the top of the list: Encouraging big employers to stay in town while persuading new ones to move in — “chasing smokestacks,” as it has been called. Governments end up bidding against each other to attract large firms, and as a 2010 study from MIT, Harvard and U.C. Berkeley shows, the result can be a zero-sum game, with winners and losers.

In such battles to attract employers, tax-based incentives are a favored tool, even as their use has been associated with higher rates of corruption. Once rare, tax-increment financing is often used to build infrastructure demanded by big firms — roads, rails, enlarged ports or new facilities. But such deals can be opaque and have the potential to leave local authorities with substantial debt if deals are too generous or projections overoptimistic.

Alternative strategies exist that are place-based or sector-focused. Federal empowerment zones focus on specific neighborhoods in need of jobs and housing. Regions and cities can also create “innovation districts” or “research parks” to attract small businesses, startups or even specific industries such as biotechnology. “Eds and meds” — higher education and pharmaceuticals — is a popular target these days. A 2012 report from the U.S. Census Bureau and the University of Maryland found that “young firms” can create substantial employment — in 2010 alone, 2.3 million jobs. A potential advantage of bringing in many small companies — particularly those that require analytic and social-intelligence skills — is that some research has shown that they benefit from proximity to each other, something known as a clustering effect. In turn, such business agglomerations can drive additional growth, or so the theory goes.

A 2013 study for the National Bureau of Economic Research, “Clusters of Entrepreneurship and Innovation,” looks at the validity of this premise. The researchers — Aaron Chatterji of Duke University, William R. Kerr of the Harvard Business School and Edward L. Glaeser of Harvard University — review existing research on entrepreneurial clusters, analyze policies intended to encourage them and look at their potential economic effects. “For these policies to make sense, these [cross-firm] spillovers must display increasing returns to scale (i.e., 200 entrepreneurs generate more than double the spillovers of 100 entrepreneurs) or accrue disproportionately to members of a particular industrial sector.”

Factors examined by the study include higher-education institutions in an area, the age of its inhabitants and percentage of immigrants, infrastructure and local entrepreneurial culture. Three specific cases are explored — Silicon Valley, Route 128 in Boston and the Research Triangle Park located near Durham, Raleigh, and Chapel Hill, North Carolina. Also considered are cities that once had large single employers or industries, including Seattle (Boeing), Detroit (the automobile industry) and Pittsburgh (steel), to better understand why their fortunes diverged.

The researchers’ findings include:

“Regional foundation for growth-enabling innovation is complex and … we should be cautious of single policy solutions that claim to fit all needs,” the researchers warn. “The existing work on entrepreneurship and local innovation does not imply any natural local policy. It does, however, point to the power of small start-ups, which can collectively shape the economic destiny of a locale.”

A related 2012 study published in the Journal of Economic Geography, “Cities, Skills and Wages,” found that high-skill jobs benefit from “clustering” and thus tend to concentrate in larger, denser metropolitan areas. As a consequence, workers’ skill levels are a much better predictor of wages than their education. “While the return to a college education has remained relatively flat between 1999 and 2008, the return to skills has more than doubled.”

This article was originally published on Innovation clusters: Examining the role of federal, state and local government