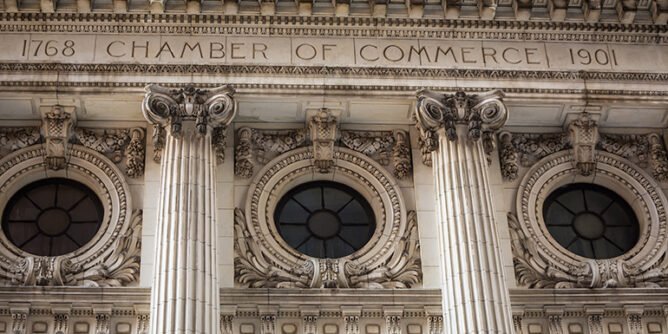 In a bid to improve the health insurance purchasing clout of small businesses, House Republicans have dusted off a piece of controversial legislation more than a decade old and passed it Thursday as part of their effort to remake the market after they throw out the Affordable Care Act.

The bill, the Small Business Health Fairness Act of 2017, had the support of 232 Republicans and four Democrats. It now heads to the Senate, where its fate is uncertain, experts say.

The earlier bill, which passed the House in 2003 but didn’t advance, was widely panned by groups representing consumers, providers, the health insurance industry and state officials. At the time, they argued that it would do little to enhance the coverage options or control costs of many small businesses, especially those that employ older, sicker workers, while at the same time weakening consumer protections against plan insolvency and fraud.

“It was a bad idea in 2003, and it’s a worse idea today,” said Timothy Jost, an emeritus professor at Washington and Lee University School of Law in Virginia who is an expert on the health law.

The bill would allow the establishment of nationwide “association health plans” that could be offered by professional or trade groups, chambers of commerce and the like. Small businesses could buy coverage through these associations, in theory gaining strength in numbers to enhance their bargaining leverage with insurers, leading to cheaper, better coverage and lower administrative costs.

Speaker Paul Ryan (R-Wis.) has expressed enthusiasm for association health plans and said he wanted to move the legislation in tandem with the reconciliation bill that would unwind budget-related provisions of Obamacare, another name for the ACA.

Several business groups, including the National Retail Federation and the U.S. Chamber of Commerce, support the bill, hoping that it will encourage more small businesses to offer their employees coverage.

“We don’t think it’s going to be the panacea to solve all our members’ issues, but we view it as a valuable option,” said Kevin Kuhlman, director of government relations for the National Federation of Independent Business, a trade group and supporter of the bill. NFIB members, he said, “want a little more ability to design their own options and less responsibility to conform to federal requirements.”

The idea isn’t new. Association health plans have existed for decades. But they often escaped close supervision because neither states nor the federal government had clear regulatory authority over them. In the 1970s and ’80s, there were cases of fraud and insolvency that raised concerns about the model. Some multiple-employer purchasing groups went belly up and left consumers and providers with millions in unpaid claims.

So Congress amended federal law to allow states to regulate these plans. When the ACA passed in 2010, the Obama administration required that association health plans meet the new small-group standards: They had to cover the 10 essential health benefits, for example, and couldn’t charge older people premiums that were more than three times higher than those of younger people.

The new bill would change all that. It would eliminate most state regulation of association health plans and put oversight in the hands of the federal Department of Labor, which would certify them.

The ACA requirements that apply to all plans, like the prohibition on lifetime and annual coverage limits, would apply to association health plans as well, said Kevin Lucia, a research professor at Georgetown University’s Center on Health Insurance Reforms. But the ACA’s small-group requirements would not. Plans could offer stripped-down coverage and would have more latitude in setting premiums than regular plans in the small-group market. They could operate in multiple states and generally avoid state-mandated benefits and other state insurance rules.

Under the Republican bill, association health plans still couldn’t discriminate against individuals based on their health, but they could charge higher premiums to companies with sicker workers. So association health plans would likely appeal to employers with younger, healthier workers who would qualify for lower rates and not be troubled by skimpier coverage. That could draw those businesses away from state-regulated health plans, which would be left with sicker, costlier enrollees, creating an uneven playing field and a segmented market.

“If you’re a healthy small employer and you’re allowed to escape all these rules, you may be able to have lower premiums, until someone in your group gets sick,” said Lucia.

Solvency is a real concern as well, say experts, since the federal standards in the bill are generally less rigorous than state rules.

The flexibility that GOP lawmakers see in the bill might not serve workers well, said Sarah Lueck, a senior policy analyst at the Center on Budget and Policy Priorities.

“Right now there’s a fairly consistent set of rules of what a small group or individual plan has to look like in terms of benefits, costs and coverage,” she said. “If we’re talking about a world where none of that exists anymore or an association health plan is outside of those standards, then as a consumer you’re dealing with a very confusing situation.”