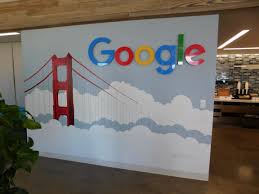 In 1998, Michael Porter first introduced the idea of beneficial technology clusters to a wide audience in a Harvard Business Review article. Silicon Valley in California, Route 128 in Massachusetts and North Carolina’s Research Triangle are well-known high-tech clusters today. They are regarded as one of the most important sources of economic well-being for entire regions. It is not surprising that the question of how to replicate successful high-tech clusters has been on the mind of policymakers, as Porter’s idea has gained traction. A range of different policies in the United States have attempted to promote the growth of innovation clusters. However, studies evaluating their success have recently concluded that these policies have only had limited effects on establishing technology clusters.

Part of the problem is that the success of high-tech clusters depends on a variety of factors that are not yet fully understood. In their 2014 Journal of Economic Geography study “Geography and High-Tech Employment Growth in U.S. Counties,” Belal Fallah from Palestine Polytechnic University, Mark D. Partridge from Ohio State University and Dan S. Rickman from Oklahoma State University examine geographic effects associated with differences in high-tech employment growth among U.S. counties.

The three main geographic factors they assess are within-industry spillover effects resulting from a concentration of high-tech industries; the influence of urban agglomeration (clustering in metropolitan areas); and the proximity to human capital and research universities. The authors use data for U.S. counties over the period 1990 to 2006 and examine the data by degree of urbanity in order to allow for different growth-generating processes between rural and urban areas. They use the growth of employment in high-tech industries as the main factor of interest in their study.

The key findings include:

Based on these findings, the authors stress the “the need to focus more on basic human capital to promote regional and national competitiveness and less on strategic plans of local and regional governments of ‘picking winners.’” They are critical of the “expected efficacy of government attempts to create clusters such as the Obama administration’s promotion of regional innovation clusters in its Strategy for American Innovation.” Pointing toward the importance of education, the authors highlight the necessity of “efforts to increase regional and national university completion rates.”

Related research: A 2013 study for the National Bureau of Economic Research, “Clusters of Entrepreneurship and Innovation,” also sounds a note of skepticism with regard to government’s ability to help plan successful business clusters: “Regional foundation for growth-enabling innovation is complex and … we should be cautious of single policy solutions that claim to fit all needs,” the researchers caution.

This article was originally published on Geography and high-tech employment growth in U.S. counties