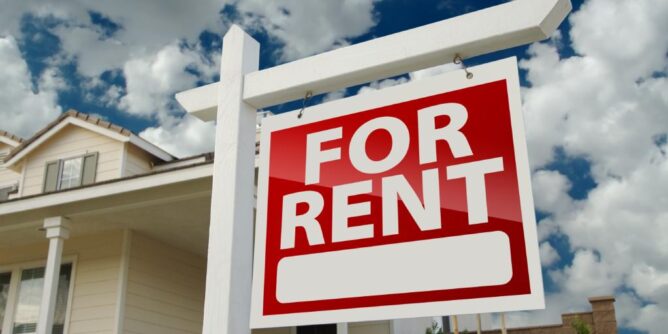 A year after David Cameron announced 300 government-owned properties would be made available to small businesses, not a single property is being rented out.

In January 2012 the prime minister announced that hundreds of government properties would be rented to small businesses at low rates for one year, as part of a scheme designed to ‘help the private sector grow more quickly’.

‘We are trying to help small businesses, help people start up businesses and give them space to expand,’ explained Cameron.

However, research by the Bureau has found that, a year on, none of the 300 properties ear-marked for the small business incubation scheme have been rented out.

A review by the government’s public accounts committee (PAC) last August found that despite the government’s 300 figure only 24 properties had actually been identified for potential rental. At the time the committee said that ‘progress has been lamentably slow.’

It added: ‘The Government Property Unit should accelerate plans to fill vacant space and in particular deliver on its commitment to make more properties available to small businesses.’

It is five months since the PAC made these remarks and the 24 properties identified at the time as potential pilot schemes are still empty.

Austin Mitchell, Labour MP for Great Grimsby and member of the PAC was unsurprised with the continuing lack of progress, saying ‘this government has a habit of confusing policies with reality and failure to deliver on promises like this are not untypical.’

PAC member Meg Hillier has now raised the issue with Sir Nicholas Macpherson, permanent Secretary at the Treasury, following the Bureau’s research. She explained,  ‘There are many tech businesses desperate for space and this scheme has failed spectacularly.’ Hillier added that the prime minister’s plan ‘has all the marks of an announcement made on the hoof.’

A spokesperson from the Cabinet Office told the Bureau negotiations on the initial 24 properties are currently taking place between departments and preferred bidders. ‘We are acting on our commitment to provide vacant government space to SMEs to help them grow. Several government departments have identified locations with potential, and we are carefully assessing bids from providers to run some of the buildings in the first phase of this initiative,‘ she said.

No further properties have been identified for potential rental.

A case to answer
Tom Mellows, a director in the south-east office of estate agents Savills, said start-up businesses trying to find office space face serious obstacles and added that the government scheme is needed more than ever.

‘We’ve seen quite a few small companies and start-ups trying to make the jump and find an office space, but often they have problems because new businesses have no covenant strength and landlords may be wary of renting to them,’ he said.

‘Any scheme that would make affordable property available would be very very helpful to these sorts of businesses,’ he added.

Mellows has been working with Croydon Council in its attempts to find suitable space to create a business incubation centre in Croydon.

The council is looking for up to 1,850 square metres site for the new centre, which will provide specialist facilities and support for high growth start-ups and new technology businesses. The search for suitable premises started months ago.

The register of centrally held government leaseholds does show over 9,000 square metres of vacant space in Croydon. This includes 1,475 square metres of office space held by the Department for Business, Innovation and Skills (BIS), which is described as ‘A modern 1980’s air conditioned office building providing high quality offices on six levels with the benefit of secure basement parking.  There is a mix of open plan and cellular offices with fifth floor meeting & conference facilities.’

What is more, the BIS-held property is just five minutes drive away from East Croydon train station, the area the council is looking at. The council, however, said it wasn’t in the exact location it was targeting.

The Cabinet Office refused to give details of the 24 shortlisted properties for the scheme, but it confirmed that the Croydon property was not identified as the first wave of this scheme. However, a spokesperson for the office said the property would be considered ‘for future waves of the initiative if we do not negotiate a early surrender of the lease’.

Empty buildings
The most recent government data, from the end of November 2012, shows there are 484 freehold and 586 leasehold properties held by central government that are listed as vacant.

The leasehold properties alone equates to 515,806 square metres, the equivalent of 4.5 times the floor space in The Shard, London’s 95-storey skyscraper.

Not all of these assets are suitable for office-type space, and some are not in a fit condition or cannot be leased to commercial tenants.

The cost of sitting empty
In May 2012 an investigation by Estates Gazette found the government was spending over £50 million in tax per year on its own vacant properties, paying empty property rates.

The revelation was one of the drivers that led to changes in policy with the 2012 Autumn statement announcing that subject to consultation, all newly built commercial property completed between 1 October 2013 and 30 September 2016 would be exempt from empty property rates for the first 18 months.

The central government departments currently spend around £1.8bn per year on office estate, which is made up of some 2,500 buildings.