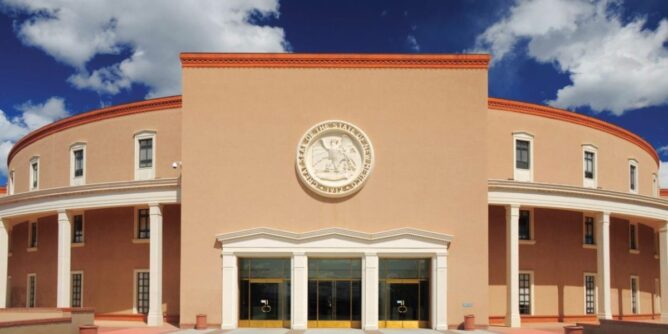 A bill that looks innocuous – requiring massage parlor establishments to be licensed – could have big consequences.

Although no one knows how many massage parlors are legitimate and how many are not, the ones that are not often serve as fronts for human trafficking, say authorities and sexual assault advocates. The New Mexico Regulation and Licensing Department estimates there are about 8,200 massage therapists in the state and there could be as many as 1,500 establishments that would need to apply for licensure if the bill passes.

“We recognize there are thousands of fabulous massage therapists all over the state, but there are a few that are not in the business for massage therapy,” Trujillo told NM Political Report.

The businesses would have to pay a fee of approximately $500 to $800 initially and then biennially. The fees would generate an estimated $750,000. That money would fund the department’s employees who would oversee the licensure and inspections, Trujillo said.

Trujillo said that when she led the Regulation and Licensing Department under Gov. Bill Richardson’s administration, the department received frequent phone calls from neighbors to massage therapy businesses because the neighbors felt they were seeing illegal activity.

“We would have to refer to the local police department and, in many cases, they have no probable cause to go into the establishment,” Trujillo said.

While massage therapists require licensure, the places where they work do not. Currently, authorities have no means to inspect massage therapy businesses. This is a first-time bill.

The House Consumer and Public Affairs Committee passed the bill unanimously by a 5-0 vote last week. Next, it will go before the House Judiciary Committee.

Priscilla Garcia, division director of the Regulation and Licensing Department, said licensing massage therapy businesses would be very similar to the way New Mexico licenses and regulates nail salons and tattoo parlors. She said that if an inspector finds a problem, the inspector usually issues a citation to the business and gives the business time to fix the problem. If the business fails to comply, then the business has to go before the licensing board for potential action.

If the business remains unlicensed, the business owner could face a misdemeanor charge from police. Trujillo said this would be “one avenue” authorities would have to try to stop human trafficking.