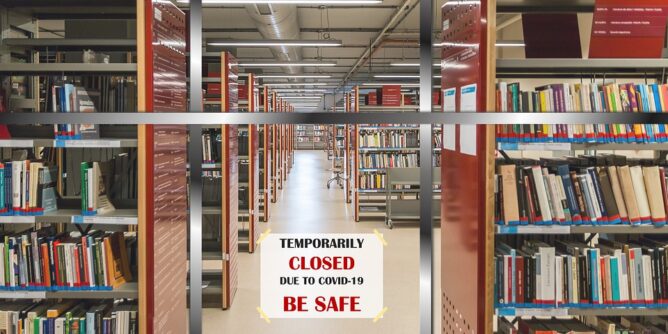 Austin has one of the best independent bookstores around. It’s called BookPeople. The general manager is Charley Rejsek, a former Texas Tribune employee who recently returned to the book business.

The store’s been closed since mid-March because of the new coronavirus. On the last Sunday customers could come inside, employees counted 98 shoppers in an hour. The next day, the store decided the risks were too high and went to curbside sales — order a book online or on the phone, pick it up at the curb. That lasted less than a week, and March 21 was the last day any employees were allowed inside.

Bookstores, like a lot of businesses, are considered nonessential under current pandemic restrictions. It’s part of the effort to keep people close to home, to slow the spread of disease by reducing social interactions.

It’s a good idea, but it’s a painful one.

An essential business, by one definition, is one that society cannot operate without. It’s essential to all or most of us. That calls some obvious examples to mind: hospitals, medical practices, police and fire departments and other first responders, grocery stores and utilities. You get the idea.

By another definition, it’s almost any business with a payroll, one that’s essential to the people it employs and who depend on their paychecks for food, shelter, clothing and everything else they need.

That includes operations that are also critical, if for fewer people: Restaurants, department stores, theaters, gyms and bookstores. Maybe the rest of us can do without those places for now, but the people who don’t have jobs because their “nonessential” businesses are closed have lost an essential component of their well-being.

They can’t pay the bills.

As a nonessential business, BookPeople can’t open its doors and put all of its employees — “around 90 people,” Rejsek says — back to work. They’re still being paid, which she calls a week-to-week proposition, and the business is applying for the paycheck protection program included in the federal legislation recently passed in response to the coronavirus.

So far, BookPeople’s employees are better off than lots of people who’ve been furloughed or fired because of the pandemic-triggered collapse of the economy. They’re still being paid. They’re also caught in the debate over which businesses ought to stay open and which ones should transform or shutter.

Their one-week switch to curbside delivery raised questions familiar to anyone watching the restaurant business right now. Many restaurants initially went from open dining rooms to take-out, only to decide that even that level of social interaction endangered its employees. Even when it’s legal, it’s problematic.

But safety precautions have put a lot of Texans out of work. In Texas, the number of unemployment claims jumped over the last two weeks, rising 1,604% as 275,597 people filed for unemployment relief. The government safety nets set up to catch those people are straining; busy signals have become distressingly familiar to people trying to reach the Texas Workforce Commission for assistance.

Worse, we’re just getting started. Robert Kaplan, president of the Federal Reserve Bank of Dallas, told CNBC recently that we should expect a “severe economic contraction” in the second quarter — that’s the next three months — and maybe a recovery starting in the three months after that. Maybe.

Texas Comptroller Glenn Hegar has been briefing state lawmakers on how the lurching economy will affect the state budget. He’s not putting exact numbers to the damage, but the state expects to bring in billions of dollars less than it expected. That will translate into cuts.

Those are assessments from the top of the economy — the overall picture. That’s the same precinct where the tough decisions about what’s “essential” for the general public are made. Some businesses have to stay open. It’s better to close others to slow the spread of the new coronavirus.

On the economic ground floor, however, those hard choices leave a lot of Texans and a lot of Americans without work and without the paychecks they depend upon. Some will get help from unemployment benefits and the federal paycheck protection program and so on. They and their families still have to eat if their jobs disappear.

“There’s not a lot of strings to be pulled at this point,” Resjek said. “But our booksellers make BookPeople what it is. They’re irreplaceable.”

The Article was originally published on Analysis: What makes a business essential depends on where you sit.